Made in traditional way in large oak casks; typically sold a year after making, so retains a bit of rusticity and some tanginess, especially on the finish. Improves with air, smoothing out significantly.

This is another Old World wine with deep backstory. Castello Vicchiomaggio dates to the fifth century, when it was called Vicchio dei Langobardi (Village of the Longobards)—and built on remains dating back to Etruscan times (700 BC-500 BC). In the Renaissance (1450 AD), the name changed to Vicchiomaggio (Village of May) and the current castle was built. The castello is found in the archives of Leonardo da Vinci, a guest at the estate when he painted the Mona Lisa. A famous academic, Francesco Redi, prepared a renowned work “Bacco in Toscana” at Vicchiomaggio in 1685.

When you taste this affordable, pleasant Chianti, you touch base with more than two and a half millennia of history. Do so with some reverence. $14-16 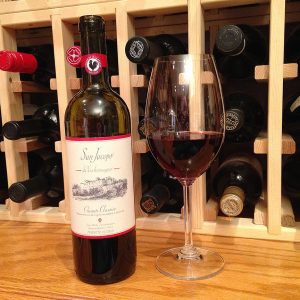 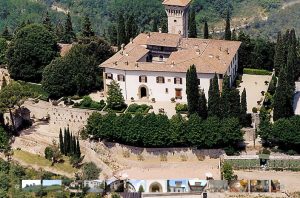