While some of his generation played in the 1960s, Fred Cline learned the ways of soil and farming from Valeriano Jacuzzi—one of seven Jacuzzi brothers who were pioneers in American aviation and water pumps. Cline’s first mission was restoring old vines to grow Rhone-style wines. Later came attention to ancient—some more than a century old—zinfandel. It has worked and Cline is another leader in responsible land management and historic preservation. Cline and his wife, Nancy Bunting, own many acres of vineyards throughout Sonoma County, with other properties in Oakley and Tehama.

Cline and his wife, Nancy Bunting, own many acres of vineyards throughout Sonoma County, with other properties in Oakley and Tehama.

Passionate about the importance of history, the Clines own and have restored the Dillon Beach Resort, the Mizpah Hotel in Tonopah, NV, and the Villa Laura in Tuscany. They also operate Green String Farm, a 150-acre working farm that produces a variety of fruits and vegetables grown on soil that is tended and nurtured without toxic chemicals. Produce from Green String is used by such culinary luminaries as Alice Waters of Chez Pannise. This is delicious zin at great QPR (quality to price ratio). Give a cork a pull with pizza. $14-15
Cline Cellars website
Second photo: Cline Vineyards winery 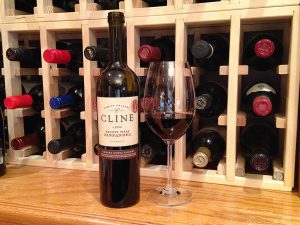 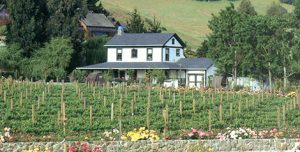