Fresh, refreshing, tangy acidity, clean. The freshness in particular stands out; fruit is nice, but this is not big fruit pour—refinement and elegance are its attractions.

Müller-Thurgua is a hybrid grape variety created by Dr. Hermann Müller, who was born in the Swiss canton of Thurgua but was working in the German viticultural station at Geisenheim when he succeeded at making a cross. Müller’s goal was to combine the quality of riesling with the early ripening quality of silvaner. DNA testing now indicates this is a cross between riesling and madeleine royale, a table grape. It was heavily planted in Germany after World War II because it was productive and easy to grow; it even overtook riesling acreage in the 1970s and into the 1980s. Many of us experienced it as “Liebfraumilch,” a sweet, thin wine; the most famous label is Blue Nun. The wine was quick and cheap, made mainly for export, and not very good or sophisticated when made in Germany.

While Müller-Thurgau is a pedestrian fruit in its native Germany, it soars in the Alpine environment of Also Adige in northeastern Italy, achieving complexity and minerality. Kettmeir grows their grapes in rocky, well-drained soil on the high slopes of the Soprabolzano (a province of South Tyrol), 2,000 feet above sea level. The climate is marked by wide temperature variations and breezes descending from the Rosengartner-Catinaccio massif, all of which has proved to be ideal terroir for Müller-Thurgau. Grapes are grown using the pergola system to expose the fruit to sunlight and avoid mildew and rot which afflicts the variety in Germany.

Kettmeir was founded in 1919 by Giuseppe Kettmeir, who was a regional pioneer in selling on the international market, selling in bottles instead of casks, and making sparkling wines using metodo classico in addition to the metodo charmat used in most prosecco efforts. 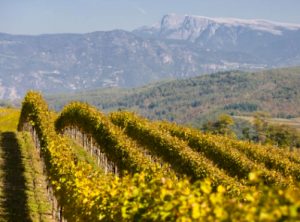