Rich gold-straw color with hints of green; green apple, flowers on the nose; apple, pear, citrus on the palate.

Medium body, good acidity, fresh, smooth, very pleasing in the mouth, delicious white to be enjoyed with hors d’oeuvres, with fish, and some claim it pairs with asparagus (I have not tried this, however).

Pinot bianco/pinot blanc is a grape that doesn’t get much respect in its native Burgundy, where it likely originated as a mutation of pinot noir. The French sometimes sniff it is “useful rather than exciting” thanks to its early and easy ripening. It is similar to chardonnay in appearance and flavor profile; in earlier times, it often was mistaken for chardonnay. DNA testing cleared that up. Like chardonnay, vineyard location and farming and winemaking techniques significantly influence the final taste and quality.

Pinot blanc is blending grape in Alsace and in Germany (where it is called Weissburgunder), and in Austria (where it often is blended with chardonnay). The grape achieves its best in Italy, particularly in the Alto Adige region of northeastern Italy. The key seems to be growing pinot bianco grapes at elevation—on the high slopes of the mountains—rather than on the flatlands where it underachieves in France.

Once a poor backwater, the Alto Adige region (just 13,000 acres) today is among the wealthiest and most-developed places in Italy and the European Union. Most of the land is mountains, the vineyards grow in the foothills of the Italian Alps, the elevation and temperature giving regional white wines their sharp acidity and crispness. Positioned just south of Austria, Alto Adige often is cited as producing the best pinot bianco wines in the world. Kettmeir Pinot Bianco supports that case.

Trentino-Alto Adige/Südtirol is an autonomous region in northern Italy. Until its annexation by Italy after the First World War, the region was part of Austria-Hungary. Today the region is divided into Trenito and South Tyrol/Südtirol—referencing its former connection to the Austrian state of Tyrol. “Alto Adige” is Italian for “High Adige.” The Adige is a river in South Tyrol and the second-longest river in Italy.

Kettmeir was founded in 1919 by Giuseppe Kettmeir, who was a regional pioneer in selling on the international market, selling in bottles instead of casks, and making sparkling wines using metodo classico in addition to the metodo charmat used in most prosecco efforts. Kettmeir also makes an excellent müller thurgau, pinot grigio, gewürztraminer along with a variety of reds in its deep portfolio. Kettmeir’s Kettmeir Pinot Bianco is superb. All their offerings are worth finding and tasting. $20 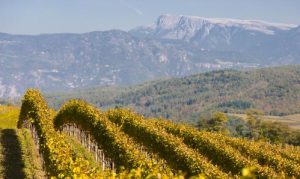 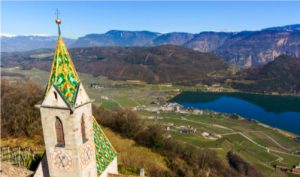 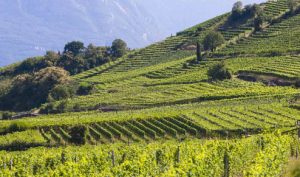