Trentino-Alto Adige/Südtirol is an autonomous region in northern Italy. Until its annexation by Italy after the First World War, the region was part of Austria-Hungary. Today the region is divided into Trenito (Province of Trento) and South Tyrol (Province of Bolzano)—referencing its former connection to the Austrian state of Tyrol. “Alto Adige” is Italian for “High Adige.” The Adige is a river in South Tyrol and the second-longest river in Italy.

Once a poor backwater, the Alto Adige region (just 13,000 acres) today is among the wealthiest and most-developed places in Italy and the European Union. Most of the land is mountains, the vineyards grow in the foothills of the Italian Alps (the Dolomites), the elevation and temperature giving regional wines their sharp acidity and crispness. Positioned just south of Austria, Alto Adige often is cited as producing the best—at least among of the best—pinot grigio in the world.

Kettmeir was founded in 1919 by Giuseppe Kettmeir, who was a regional pioneer in selling on the international market, selling in bottles instead of casks, and making sparkling wines using metodo classico in addition to the metodo charmat used in Prosecco efforts. This is quality wine from a quality winemaker. $19-20 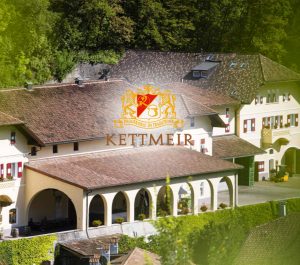 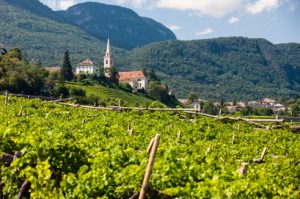