pear, some toast, lemon, hint of herbs, minerality. Bone dry, unusual in a domestic chenin blanc, with nice complexity.
Grapes for this limited-production wine come from two acres in the Webster Vineyard in Yakima, Washington, two acres of rocky, rugged soil where vines were planted some 40 years ago and then neglected. When Merriman obtained the small plot, vine grower Eric Brasher practically lived with his charges, coaxing them back into productivity in their desert-like terroir. The result is a rare joy, and Merriman Wines (Carlton, OR) named their effort to honor Eric.
Vineyard owner Mike Merriman is a Texas native who’s first love was beer making in the Lone Star State, but when he went to take a course in fermentation at the University of Oregon he fell in love with the Willamette Valley and the world of wine. The rest is wine history: the first four barrels of wine Merriman made earned 90 points from Wine Spectator. This is savagely crisp, wonderfully complex delight. $25
Merriman Wines website
Second photo: Mike Merriman 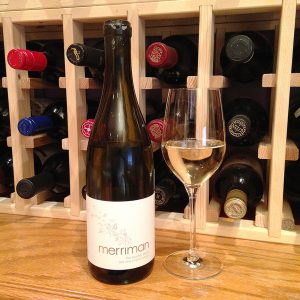 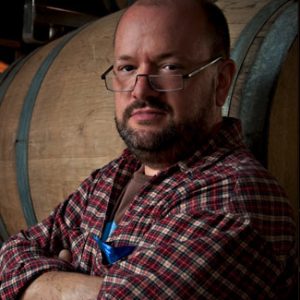