The winery’s history extends back to 1933 when it was the first winery built after the repeal of Prohibition. Back then, it was called Sunnyhill Winery, then Sunnyhill St. Helena Winery. The winery had several owners in succeeding years, including Ceasare Mondavi (father of Peter and Robert) in the late 1930s. Christian Brothers—Mont La Salle Vineyards—owned it in the 1970s, but used the winery as a warehouse. Bill Harlan acquired it in the mid-1980s and resumed wine making. In 1991, Swiss wine entrepreneur Jack Schlatter became a partner and opened export sales to Europe and changed the name to Merryvale Vineyards. Jack and his family became the sole owners in 1996.

Jack’s son, René Schlatter, has been proprietor & CEO of Merryvale Family of Wines since 2008. René has an intriguing story. A native of Switzerland, he came to the U.S. in 1987 to attend university and play tennis at Trinity University in San Antonio, a major Division I player in the tennis world. Teams René played on at Trinity consistently ranked in the top 20 in the country. [Personal note, as sports editor of the San Antonio Express-News in the 1970s, I covered Trinity tennis—years when they consistently produced national champions and top-tier professionals.]

René returned to Europe after his Texas days and worked in several industries. He returned to the U.S. in 1994 and earned a master’s degree from Arizona State’s Thunderbird Graduate School of International Management. His family acquired Merryvale in 1996. Jack Schlatter splits his time between St. Helena and Switzerland. René lives in St. Helena and works daily at the winery, which is the oldest and largest winery in the town of St. Helena.

Since taking the helm of the company in 2008, René has made significant contributions to Merryvale’s sales, marketing, finance, vineyard acquisitions and farming improvements.
Wine Enthusiast magazine named René its “Person of the Year” in 2011, noting: “Since 2008, the president of Napa’s Merryvale Vineyards has pioneered green initiatives while preserving the winery’s family legacy and excellence in producing Cabernet Sauvignon and Chardonnay.” Merryvale’s estate vineyards are Napa Green Farm certified. 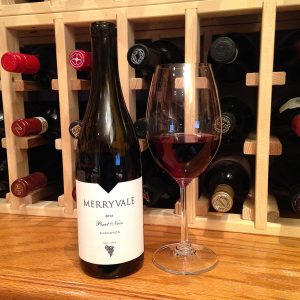 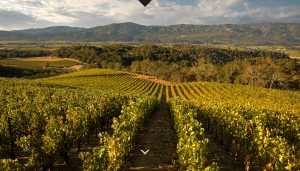