powerful with velvet softness in the mouth; firm acidity (3.63 pH); relaxed, sweet tannins. Savory, smooth, easy drinking delight with nice tang on the satisfying finish. Oak is notable because of its graceful, only-a-supporting-player presence in the background thanks to aging in stainless steel and 400 liter oak barrels (which are larger than the 225-liter barrique typically found in California and France—the larger the barrel, the less the oak influence).

Symington Family Estates is a famous maker of port, and this offering uses a palette of Portuguese grapes used in Porto production—30% tinta roriz, 25% tinta barroca, 15% touriga nacional, 15% touriga franca, tinta amarela, 3% tinto cão, 2% sousão. Ostensibly, grapes in this red blend are ones that did not make the cut for the high-end efforts, but that does not mean they are low-quality grapes. These grapes could play first chair in many a lesser winery’s symphony.

The Douro Valley in eastern Portugal (it forms the border with Spain) is a World Heritage site and one of the oldest wine-producing regions in the world. Andrew James Symington came to the city of Porto in 1882 and established himself as a Porto wine merchant. In 1914, he gained control of Warre’s. Descendants of his three sons now own Warre’s, Dow’s, and Graham’s—royalty labels in the world of Porto. 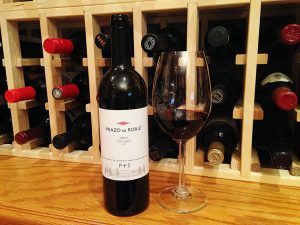 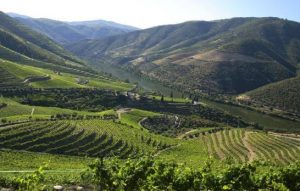 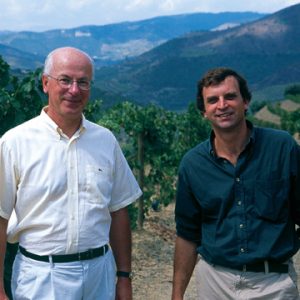