Big, juicy, dry, complex Russian River/Alexander Valley cab. Red fruits arrive first, followed by black fruit, plum, oak on the mid-palate; cordial finish with hint of chocolate; dusty touches in the background of the medium-full mouth throughout; supple tannin, balancing acidity (3.69 pH). Serious wine—admirably without mouth-puckering tannin or unbalanced fruit and oak explosions. Simi’s Landslide was rock star in early 2000s, then seemed to lose track/momentum later in the decade; they are back on their game now. Welcome, because Simi is a great story and significant legacy in Sonoma wine. The California Gold Rush lured Giuseppe Simi from Tuscan hills to rough-and-tumble goldfields in 1849; by 1876 Giuseppe and his brother, Pietro, were making Simi wines. In 1890, they were making wines in the stone cellars of Healdsburg winery that continues to house them today. In 1904, both brothers died suddenly, and Guiseppe’s daughter Isabelle took over at age 18. Sixteen years later, prohibition shut her down as a winemaker, but she held on to the cellar and the wine stored within. In 1933, when the nation came to its senses and repealed the lunacy of Prohibition, Isabelle had 500,000 cases of well-cellared wine to sell. Isabelle ran the operation until 1970—64 impressive “you’ve come a long way baby” years. Russell Green purchased; he also continued to rely on women winemakers, including Zelma Long, one of the giants in California winemaker regardless of gender (and Isabelle also continued to contribute). Green sold to Moët-Hennessy in 1981, and Long eventually became president and CEO of Moët-Hennessy. They acquired the Landslide Vineyard in 1984. Constellation Brands, world’s largest wine company—a title they enjoy because they do wine right—purchased Simi in 1999. Simi has made wine, often excellent wine, for almost a century and a half. For more than a century they were trailblazers in female-directed wine operations. The 2012 Landslide is a reassuring return to consistent quality. Deeply delicious; at this quality level, nice for the price. $38 Photos: the wine, Isabelle Simi. 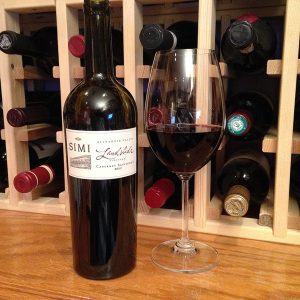 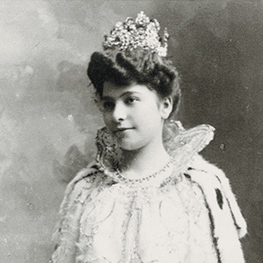