Catfish Vinyard was planted in 1901 outside farming town of Kelseyville, CA, west of Clear Lake. Steele and Shooting Star Wines were founded in 1991 by Jed Steele, who prior to that was founding winemaker and VP of production at Kendall Jackson. He began his winemaking career at Stony Hill Winery in Napa in 1968, then picked up a masters in enology degree at UC Davis, so you have a seasoned wine veteran shepherding these old geezer grapes into the bottle. In spite of his mass market KJ resume (production topped one million cases his final year at KJ), Steele focuses on bottlings of 1,000 cases or less with his Lake County winery’s two labels. 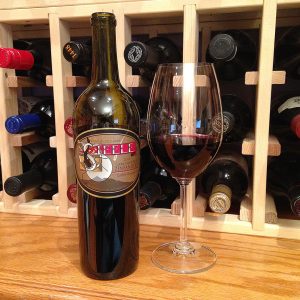