Grapes: 50% pinot noir, 30% chardonnay (other Taittinger efforts are 100% chard), 20% pinot meunier; 85% of the blend made as white wine and the remainder as red. The delicate color and vibrant style is created by adding small portions of red pinot noir from Ambonny, Bouzy, and des Riceys. The final blend includes a minimum of 15 different crus, usually more, including young reserve wines. After second fermentation, the wine spends three years on the lees in the bottle to enhance bouquet and develop complexity.

Taittinger is a family operation dating back to the mid-1940s, while the Champagne house dates to 1734 and the vineyards to the 1300s. Pierre Taittinger encountered Château de la Marquetterie during World War I when it was a military headquarters; he and his brother bought the château and vineyards in 1932. From 1945 to 1960, Pierre’s third son, François operated the winery; François’s brother, Claude, took over from 1960 until 2005, when the family sold the winery and multiple hotels to the investment firm Starwood Capital Group. That takeover proved a disaster for the wine operation—you can’t squeeze quick profits out of a winery—and the family, led by Pierre-Emmanuel Taittinger, brought the winery back into the family in 2006. Today, Pierre and his son, Clovis, and daughter, Vitalie, run the operation and celebrate the fact that it is a family business again focused on making great wine, not fast money.

Taittinger Champagne ages in chalk cellars that date to the 4th century. Originally carved as mines to obtain chalk blocks, 900 years later they became cellars of the Saint Nicaise Abbey, where Benedictine monks made wine. The abbey above ground was destroyed during the French Revolution, but the chalk cellars remained. Today, more than 75,000 visitors visit the chalk cellar/caves and the cellars are listed as a UNESCO world heritage site. Such is the story of Old World wine that it can trace its beginnings to Roman occupation of Gaul in the 300s, through invasions by Attila the Hun, the English in the Hundred Years War, the French Revolution, and two World Wars. The grapes soldier on, and Mother Earth pampers them in caves almost two millennia old. $70 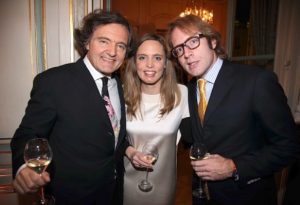 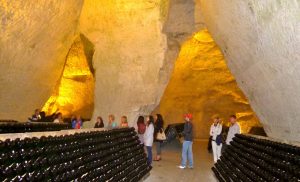 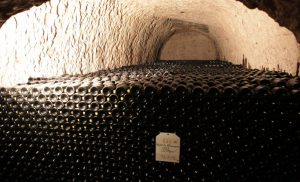