Almost sweet with fruitiness, balanced by outstanding red wine acidity (3.35 pH), spices in mid-palate through the finish; a tingle of tang/blackcurrant on the finish, too. Plush in the mouth, smooth texture, and it significantly benefits with air/decanting.

Grapes come from the Russian River Valley, which is better known for pinot noir, but this proves merlot succeeds there, too. In 1995, the winery pulled out 16 acres of Golden Delicious apple trees to plant merlot in the sandy, alluvial soils they found on the northern shoulder of the valley. The result is a merlot that is tasty, smooth, has the expected relaxed tannins, and an intriguing tart currant bite on the finish. The grapes are cold soaked, fermented in stainless steel, then finished for eight months in American and French oak to deliver the toasty oak, which thankfully does not overpower the fruit.

The winery’s name comes, according to the winery’s charming website, from the original owners, Dr. Toad (Todd Williams) and The Dancing Badger (Rodney Strong), two old friends who decided to start a winery in 1994 instead of enjoying retirement and rusting away. It remains family owned, although—from the website: “Heaven is a livelier place these days as both Dr. Toad and Mr. Badger have left their wine glasses with us here on Earth, but we know that these fine gentlemen toast us regularly, as we do them!” Frankie Williams, Todd’s widow, runs the winery now.

Frankie Williams has a colorful history that includes working for the CIA. She arrived in California in 1972 and met Dr. Todd Williams. They married in 1978 and operated a San Francisco bar named “Toad Manner.” Later, they opened the Whiskey River Inn in the Sierra Foothills before moving back to Sonoma and Healdsburg, where Frankie helped manage a law firm. After Todd passed on in 2007, Frankie vowed to continue and now enjoys her days surrounded by Russian River Valley vineyards and her long-time staff. 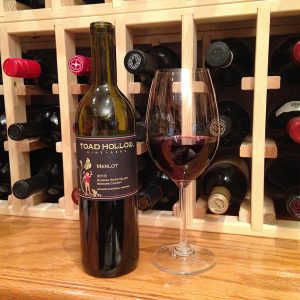 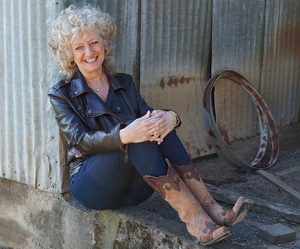