delicate body, subtle mouthfeel, polished, nice tannins and balancing acidity. This is delicious wine that presents ripe fruit in abundance, then lingers for a palate-pleasuring finish.

The people story behind the wine is inspiring. Bob and Dolores Walt purchased land in the 1970s and grew grapes in the Anderson Valley; their daughter, Kathryn, managed vineyard operations from 1982 to 1992 while she built a distinguished career as a businesswoman, attorney, community activist, and the U.S. Ambassador to Austria (1997-2001).

Kathryn began her career as an assistant city attorney in Berkeley, California. Later she joined Safeway Stores, where she was responsible for developing and administering one of the nation’s first and largest affirmative action programs, then worked as an attorney and businesswoman in Dallas, Texas, where she was president of an inner city development company and a partner of Hall Financial Group, Inc.—run by her husband, Craig Hall.

Craig works in real estate, venture capital, technology, and hotels in the U.S. and Europe. He recently developed and assembled the Texas Sculpture Garden featuring 40 contemporary sculptures by living Texas artists, the largest of its kind open to the public. And, oh yes, he once was part owner of the Dallas Cowboys football team. They keep all those balls in the air, and they go back to the land and vines with talented associates to produce wine. Power couple, fascinating backstories, terrific wine. $38-40
Walt Wines website
Second photo: Kathryn Walt Hall 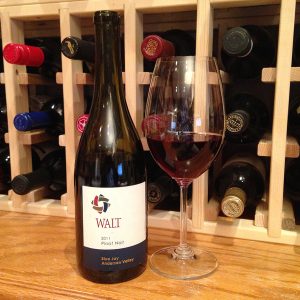 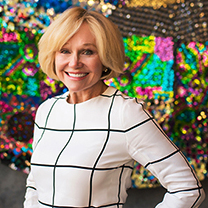