The wine comes from Rias Baixas, one of the leading white wine producing regions in Spain, and the only Spanish DO for white wine. The winery is located near Galicia, where the albariño wine accounts for some 90% of the vines. Rias Baixas is known for whites in similar way Rioja is famed for Spanish reds.

Albariño is a small, thick-skinned grape that resists fungal disease, which is important in Rias Baixas region because it receives so much rain. The grape is low yielding and expensive to cultivate—most vineyards use the pergola (parra) system for training vines, so harvesters must stand on boxes to reach the grapes. The Rias Baixas region is in northwestern Spain, hugging the border with northern Portugal. Across the border, the grape is called “alvarinho” and is the principal grape used in vinho verde wines.

The sharp acidity and hint of saltiness augurs well for pairing with fish. Nice effort. $16-20 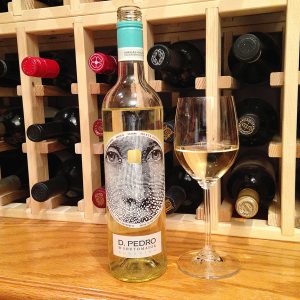 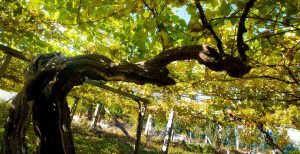