Smoky toasty oak, some mocha, tint of blackcurrant tang, assertive tannin, intriguing slight push of fruitiness on the finish after you work through the tannin and sour cherry. With its astringency and tannin, significantly benefits from air (decant), a common characteristic of Rioja.

Blend of 93% tempranillo, 5% gracianno, 2% mazuelo; aged 18 months in barrels made of American staves and French tops, so there is abundant oak with some subtlety. The sour cherry and tannin and the oak-source mix keep the oak from overwhelming everything.

Bodegas Beronia was founded in 1973 by a group of friends and businessmen from Basque country who did holidays in La Rioja to enjoy the food and wine. They formed their own gastronomic society—a txoko as it is called locally. Their txoko decided to produce their own wines, specializing in Reserva and Gran Reserva styles, to enjoy with the local cuisine. Their winery was integrated into the González Byass Family of Wine group in 1982 and embarked on expansion into international markets. Today, Beronia is one of the best-known and respected in both Spain and international markets.

Bodegas Beronia Reserva Rioja 2011 has the aggressive boldness you expect from Rioja, so the faint of palate may want to approach this cautiously, but those of us who love aggressive, bold, full-flavor efforts will thoroughly enjoy this bad boy. $20-21 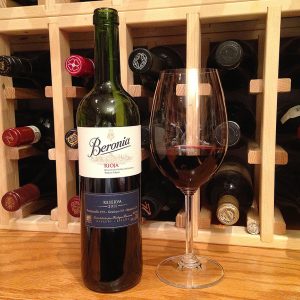 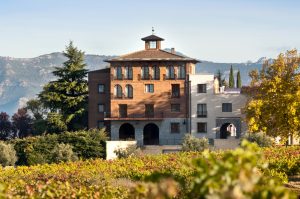 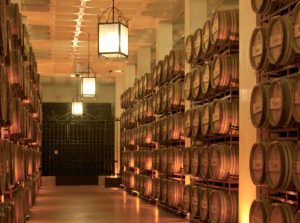