Bodegas Vega de Yuso traces its roots to 2002 and dreams of owners Rubén Iglesias and his wife, Mónica. Rubén brings a degree in agricultural engineering and a master’s in wine making to the effort. This is low production—2,400 bottles—so you are not likely to find, especially this particular vintage, but I offer it as something to look for, the maker at a minimum. Bodegas Vega de Yuso makes several other lower-production quality wines from Ribera del Duero, so keep an eye open.

Tempranillo is the backbone of Spain’s best wines. The name means “little early one” in Spanish, a reference to tempranilo’s penchant for ripening earlier than its garnacha, it Spanish partner.

Almost every wine from Rioja and Ribera del Duero has tempranillo at its core. Tempranillo is thick-skinned with high anthocyanin count that makes for very deep colors and moderate tannin; French oak in particular allows Ribera del Duero fruits to play center stage, which happens in this wine. Tempranillo also has moderate-low acidity, especially in hotter regions. The acidity is serviceable in this effort. 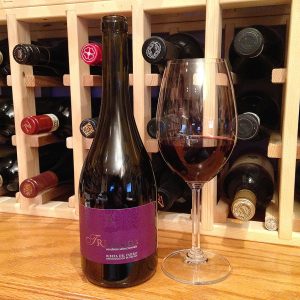