This has the distinctive grapefruit element you expect from vermentino and happily avoids the grapefruit pith bitterness that can be found in some vermentinos from Sardinia, where vermentino rules. The grape also is grown in Tuscany and has migrated to Languedoc-Roussillon in France. The grapes for the Duchman effort come from the Bingham Family vineyards on the Texas High Plains around Lubbock. Light, crisp, refreshing, touch of salinity; no oak (100% stainless steel fermentation and aging); very nice acidity.

Duchman Family Winery is located near Driftwood, Texas, in the Hill Country AVA, although—like they do for many Texas wineries—the grapes come the High Plains AVA around Lubbock in the Texas Panhandle. The winery is the dream of Drs. Stan and Lisa Duchman, who wanted to make world class varietal wines in Texas based on classic Old World grapes. Stan is an interventional cardiologist and Lisa a doctor of optometry. Dave Reilly is the winemaker. According to the winery website, Reilly strives “to make wines that are true to their varietal character using the highest quality grapes grown in Texas.” Reilly also “enjoys books about unicorns and writing about himself in the third person.” All righty, then.

In addition to vermentino, generally associated with Italy and especially Sardinia, Duchman makes varietal wines with trebbiano (a classic grape often associated with Cognac), viognier (famously aromatic and finding a nice niche in Texas), sangiovese (name means “blood of Jove” and it is the core grape of Chianti and the only grape allowed in Brunello and Rosso Mantalcino),  montepulciano (Italian grape associated with Montepulciano d’Abruzzo Colline Teramane, and not to be confused with other montepulciano grapes in Italy—hey, the wine world is complicated), and aglianico (a black grape grown in Italy but originated in Greece and possibly the grape with the longest history of being made into commercial wine). The Duchman grapes may be Old World classics, but the Duchmans insist all grapes must come from Texas vines farmed by Texas farmers. Well played, Duchmans, well played.

As do many Texas wineries, Duchman makes money off both its wines and its winery as a venue and tourist attraction. It is located half hour or so southeast of Austin and is one of the top wine destinations in the state. HGTV ranked Duchman as one of the 20 most picturesque wineries in the country. As amazing as it may seem to some, the Texas Hill Country AVA is the second-most visited wine region in the country, trailing only Napa. Duchman is one of the AVA’s star attractions.

Duchman Family Winery Vermentino 2015 is tart and delicious, solid from initial attack through medium-long finish, should do well with variety of foods, especially with shellfish, fish, grilled vegetables, and cheese. It is convincing evidence Texas can make wines that can pour with the big boys. $14-18 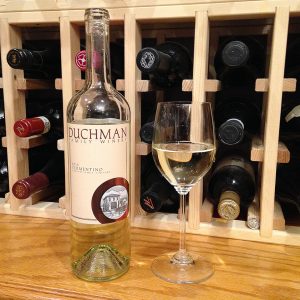 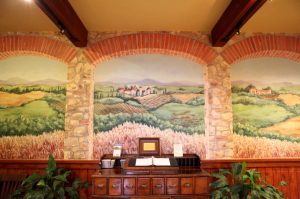 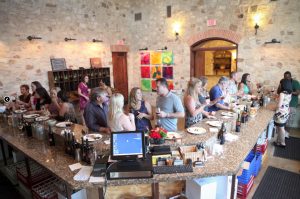