The wine spent 20 months in French oak—50% new, 50% once-filled—to elegantly and appropriately present signature Napa oak treatment. This is how you do oak, guys. Opulent fruits over-deliver palate-pleasuring deliciousness. Welcome to the next tier of wine, the move up from “good stuff” to “oh, my God.”

Major wine writers love this. Parker 95; Wine Spectator 92; CellarTracker 92 average over 31 ratings. Only James Suckling had issues—he concedes it is full and powerful, but “a little overdone for me.” The “overdone” part may be why the others scored it so high. See what you think.

Winemakers Rich and Leslie Frank are stories unto themselves. Rich is major Hollywood player—former chairman of Walt Disney Television and Communications, president of Walt Disney Studios, head of syndication division of Buena Vista, led development of the Disney Channel, president of Paramount Television Group, a founder of the USA Network, president of the Academy of Television Arts and Sciences. Whew. Google “Frank H. Rich” if you want to know more. Leslie Frank is an Emmy-award-winning television news anchor and reporter, including nine years with KABC, the number one station in Los Angeles. Now, with that glitz, glamor, and power behind them, they focus on making major wine and spending time with their German Shepherd Riley. At least, that is what their website claims.

The old joke in the wine industry is that to make a small fortune in the wine industry you must start with a large one. I’m not sure that is going on here, or that it matters, but following stratospheric success in the entertainment and television business, these guys now make some excellent wine. Rock on.

Frank Family Vineyards Rutherford Reserve Cabernet Sauvignon 2012 is a sojourn in decadently delicious luxury, well worth the near-Benjamin it costs. $85-98 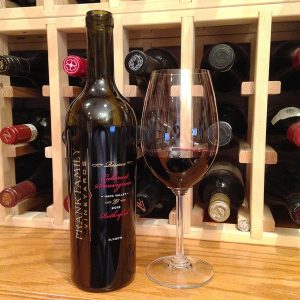 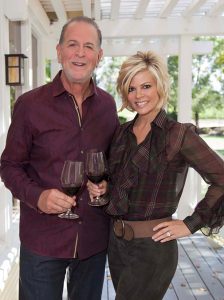 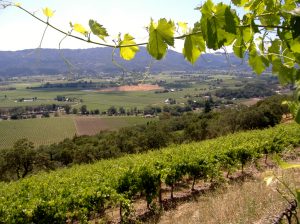