Dry; rustic; dusty medium-plus tannins; average acidity; toasty oak, vanilla, touch of mocha. Blend of roughly 80% cabernet sauvignon and 20% tempranillo (the formula varies over vintages and the winery does not get specific on label or website). This is cab with attitude, not your sweet, easy drinking California fruit bomb cab; it was made to stand up to thick Texas steak, even barbecue. A don’t mess with Texas cab.

Llano Estacado is pretty much where it all began with Texas wine. In 1976, Texas Tech (Lubbock, on the High Plains) professors Clinton “Doc” McPherson and Bob Reed decided to hell with the Texas Texas Alcoholic Beverage Commission’s ossified opinions about wine making and started the first modern bonded winery in Texas since Prohibition.

It wasn’t an easy slog. Who thought Texans could make wine? Who thought Texas soil could grow grapes or Texan drinkers would cotton to fermented grape juice? Well, Doc did. He told people they made the winery’s walls a foot thick to protect the tanks inside from rifle shots from rilled up Baptists. They eventually won over the TACB agents because, shoot, these guys are profs at Texas Tech. You can’t win an argument with a Red Raider sporting a PhD.

When Doc died at age 95 in 2014, he was the universally acknowledged father (and mentor) of the booming Texas wine industry. Llano Estacado generally is acknowledge as the largest quality wine maker in Texas (170,000 cases annually), but it has competition, including from his son, Kim’s McPherson Winery. Doc must be proud of them all.

Llano Estacado Cellar Reserve Texas Cabernet Sauvignon 2013 is rustic, rawboned; if you want subtle and supple, this is not for you. If you like your wine with an attitude and an edge, then jerk the cork outta this High Plains bad boy. $17-20 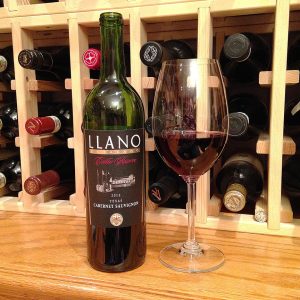 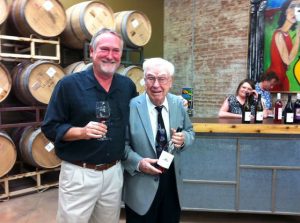