Blend of 70% cabernet sauvignon, 30% sangiovese made in Old World style, so it is not as heavy as muscular cab blends from California or Australia. Plenty of oak—the wine spent 40 months in new French and American barrels—but passage of time has refined and smoothed the attack. Time has done the same to the tannins, although there still is some pucker power in the glass. Air time makes this even more approachable. Exhibits finesse and smoothness as it evolves, evoking more pleasure on subsequent sips and inviting more. Medium finish with, interestingly, the raspberry—likely from the sangiovese—persistent to the end.

Llano Estecado is one of the oldest wineries in Texas, established in 1976 near Lubbock, and consistently has offered wines that can compete with anyone’s wines in the super-premium category. It is the largest Texas winery to produce in the premium market. Winemakers Greg Bruni and Chris Hull delivered significant quality with this effort, one that can hold its own with comparable wines from anywhere, not just Texas, and augments claims that the High Plains appellation is a real player among wine growing regions.

Texas winegrowers assert 2010 was a premier vintage on the High Plains, and Llano Estacado Viviano Superiore Rosso bears out that claim. $28-38 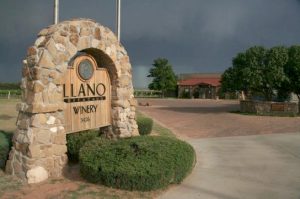