2011 was difficult vintage in California, but most critics assert iconic winemaker Merry (Meredith) Edwards pulled a winner out of the barrel in spite of the obstacles. Four years in, the originally gritty tannin of this 2011 effort has nicely lost some of its reportedly dry austereness; there is good acidity; a superbly long finish reprises the tasty sour cherry fruit. Merry Edwards is Russian River Valley/Sonoma superstar. A Cal-Berkley grad, Merry first studied for her master’s in nutrition, then fell in love with wine, then earned her master’s in food science with an emphasis in enology (science of viniculture) in 1973 from Cal-Davis. She worked her way up the winemaking career ladder, deftly overcoming misogynist obstacles, helping develop wineries, building a consulting career based on her obvious talent. She and her husband, Ken Coopersmith, purchased their first vineyard—Meredith Estate—in 1996, followed by Coopersmith Vineyard in 2001. Now in her fifth decade of winemaking, Merry is celebrated as a pinot noir superstar, inducted in 2013 into the Culinary Institute of America’s Vintners Hall of Fame and winner of a James Beard Award for best wine, beer, or spirits professional. Merry Edwards was an early adaptor to sustainable practices, starting with her first vineyard, from which this wine comes. When purchased, Meredith Estate was an abandoned apple orchard; chainsaws would have cleared the area in a day. Merry found a company that would take 36 of the healthiest apple trees to recycle them as landscape elements in high-end homes. The effort took more than three months, but Merry asserts it saved trees and helped ensure the vineyard soil would be right. Today, female winemakers are in high demand and wildly successful. Merry Edwards blazed the trail. $57-75
Merry Edwards winery website
Second photo: Merry Edwards 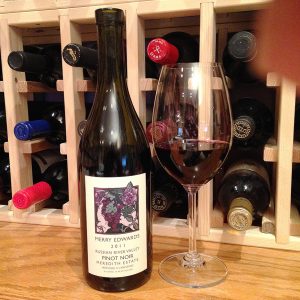 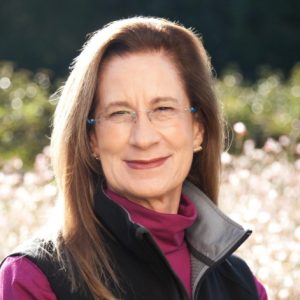