Dark ruby-purple color with some translucence; blackberry, cherry, plum on the nose; black cherry, blackberry, plum, some red currant tang on the palate.

Full fruit, somewhat dusty tannin, medium body—interesting and unexpected acidity lightens things up. It does not say so on the label, nor could I find an in-depth description on website, but I taste some merlot blended into the cab. There is not much complexity and a bit of rustic harshness, leather, smoke. The finish has lingering tartness.

This is Texas wine made by iconic and aggressive Texas wine family and wine business. All Texas grapes in this, no California interlopers slipped in (you can tell by the “Texas” on the label and the absence of a note the wine can only be sold in Texas—the tell that a wine was made in Texas but not with 100% Texas grapes).

While the wine apparently was made in the Messina Hof winery in Bryan (100 miles northwest of Houston, near Texas A&M University), it would be interesting to know if grapes came from Texas High Plains (near Lubbock, site of Texas Tech University) because that is where the majority of Texas grapes are grown. Messina Hof also has an urban winery in Grapevine (a suburb of Dallas) and a winery and tasting room in Fredericksburg (80 miles west of Austin, 80 miles northwest of San Antonio). Fredericksburg, by the way, is the second-most visited wine destination in the United States now. Go figure, but Old World German charm, the beauty of the Texas Hill Country and the concentration of two major population centers nearby helped make it happen.

Messina Hof Winery & Resort was established in 1977 by Paul and Merrill Bonarrigo and reflects heritages of their two families. Paul’s family dates back seven generations to Messina, Sicily. Merrill’s family traces roots to Hof, Germany. In the Bonarrigo family, the first-born son is always named Paul and, at age 16, in a 200-year-old family tradition, the son begins to learn winemaking. In the most recent Paul case, Paul Mitchell Bonarrigo follows in his father’s footsteps. Paul Mitchell also threw in graduation from The Naval Academy in Annapolis—served five years of active duty as Marine Corps officer, deployed to Iraq twice, then obtained viticulture and enology certification for UC Davis. Today he is the CEO at Messina Hoff

Messina Hof Barrel Cuvée Cabernet Sauvignon Texas 2015 is a serviceable, workman-like cab that, unlike some pure-Texas plays, is priced appropriately. It gets smoother and better with air—it is, after all, mostly cab—and is a Texas value cab pour that does not drink like a commodity cab pour from a California wine factory. $11-13 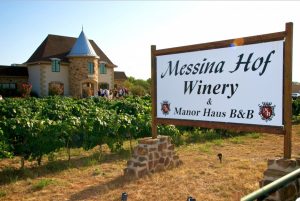 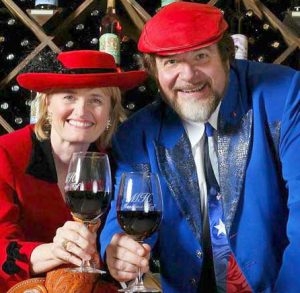