Lush in the mouth, velvety tannins, OK acidity (3.68 pH), light body; clear, precise fruit flavors. Blend of LIVE Certified Sustainable fruit from several vineyards, including Ponzi’s own Aurora and Avellan Vineyards. Cold soaked for five days to encourage aroma and color; fermenters were aerated or manually punched down twice a day for up to three weeks. Aged in French oak (35% new) for 11 months; oak is there, but thankfully and admirably in the background (as oak should be). Racked and bottled by gravity without filtration or fining; bottle aged for five months before release.

This attention to detail and respect for the juice reflects Ponzi’s place as a quality maker. The new Classico line of wine hits a pinot price-point above their “everyday” Tavola wines (mid-$20s) and their higher-end Reserve and Single Vineyard offerings ($65-105+). It is another expression of Ponzi’s four decades of magic touch with pinot noir.

The Willamette Valley (south of Portland) holds a place among the special wine regions of the world, notable for the strictest label laws in the U.S. and serious commitment to environment and worker-friendly agriculture. Ponzi has been a leader in that effort since Dick and Nancy Ponzi became pioneering winemakers in the Willamette Valley in 1970. By 1989, Robert Parker noted: “Ponzi continues to make Oregon’s most complex Pinot Noir” and likened the wines to the great wines of Burgundy. In 1993, daughter Louisa Ponzi returned from post-graduate enological studies in Beaune, France, after receiving the certificate Brevet Professionnel D’Oenologie et Viticulture, the first American woman to earn the prestigious distinction. She became the winery’s lead winemaker the same year.

Luisa Ponzi is an example of how some of the best winemakers in the world now are women. In part, it is biology—statistically women are more likely to have superior noses to men and more taste receptors than men, plus they can multitask more effectively than men. Freed from gender discrimination, women winemakers rise to the top of the profession and produce sophisticated delights such as this pinot noir. Luisa is more than a giant in Oregon winemaking, she is force in the entire wine world. She and her sister, Maria (director of sales and marketing) became the owners and operators of Ponzi in 2012, making Ponzi one of America’s few sister-run wineries.

Ponzi Vineyards Classico Pinot Noir Willamette Valley 2014 is smooth and elegant and touches the ethereal heights you pray for in a classic Oregon/Willamette Valley pinot noir. It would be superb main pour for your Thanksgiving feast—a wine you can offer with confidence and pride that will not destroy your credit rating. $43

Other photos: Ponzi tasting room; Nancy and Dick Ponzi in the beginning; Maria and Louisa Ponzi 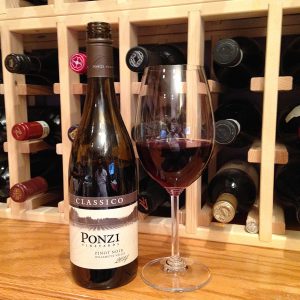 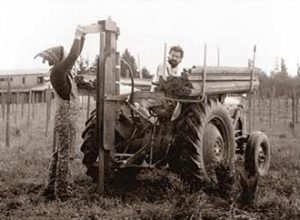 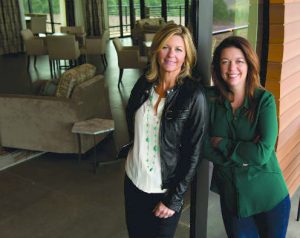