Lively, persistent bubbles; medium-light body, nice acidity with tangy finish; light, tasty fruit, crisp, clean. As an extra dry Prosecco, there is hint of sweetness, but this is drier than the average extra dry Prosecco. Blend of glera with light touches of verdiso and perera grapes (two ancient grapes native to Veneto/Prosecco region; these come from very old vines—Ruggeri believes they add a touch of class and complexity). As with all Prosecco, glera is the hugely predominant grape.

Valdobbiadene is the heart of the premier Prosecco DOCG (Controlled and Guaranteed Denomination of Origin). St. Venantius Fortunatus (AD 530-609) wrote the region is “where the vine blossoms eternally.” Valdobbiadene is located in northern part of the Prosecco DOC (Controlled Denomination of Origin), in the steep foothills of the Dolomite Mountains (the Italian Alps). Vineyards in this area produce the most prestigious Prosecco offerings.

Giustino Bisol established the Ruggeri winery in 1950, building on deep roots the Bisol family had in winemaking in the area. Today, the winery is run by grandson Paolo Bisol and his children Isabella and Giustino. Although they are in the wine business, Paolo was a physician, Isabella studied art history, and Giustino has a PhD in ancient philosophy. The modern winery processes some 3,000 tons of grapes a year, and for the past two decades has produced one million bottles annually; 65% goes to domestic consumption, the remainder is sold in 35 countries around the world.

According to Isabella, who often serves as spokesperson for the winery, they are concerned with the explosion of the Prosecco market and all the new acres of vines being planted. Her family’s operation focuses on high quality Prosecco—this bottle is an example—while some large wine companies gear toward commodity production, which Isabella fears will damage the Prosecco image and brand. And so it goes when any grape or style takes off in the wine world. Eventually the profiteers jump on the bandwagon to make some fast dollars and debase the quality reputation (think commodity pinot noir). Equilibrium eventually comes. If you want to enjoy Prosecco, go with established, quality makers. A DOCG band on the bottle is strong guarantee, but it adds another $5 or so to the price. Still, Prosecco remains a tremendous value and a delicious sparkling wine choice. 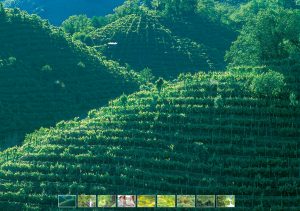 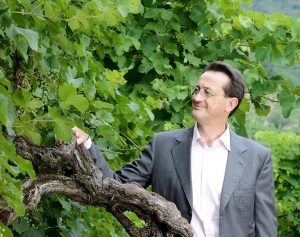 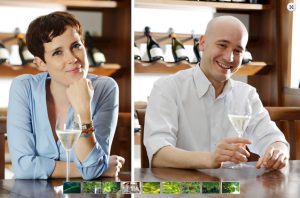