Medium-dry blend of 90% cabernet sauvignon, 4% malbec, 3% merlot, 2% petit verdot, 1% petite sirah; 16 months in French and American oak; some acidity (3.6 pH). Gentle tannin, rich and round in the mouth, medium body; well-mannered cab that does not wow but certainly will not offend; a good value-for-price play.

Tom Gore Vineyards is owned by Constellation Brands, the world’s largest wine producer. In this iteration, Constellation has given a Sonoma farmer his chance to build a niche as a farmer-based wine, a fascinating (perhaps mythical) marketing ploy of presenting the wine as made by golly-gee California farmer—which Tom Gore is, second generation in Sonoma—who works with one of the world’s most powerful alcohol brands.

Constellation’s origin story started in the Finger Lakes region—Canandaigua—of northwestern New York State in 1945. Through internal expansion and brand acquisitions, they have become the world’s largest wine producer. In many cases, Constellation has built its worldwide brand by allowing individual wineries to continue to do what they do, to do what made them attractive to Constellation in the first place. Constellation now owns more than 100 brands in wine, beer, and spirits, including Robert Mondavi, Clos du Bois, Franciscan Estates, Ravenswood, Manischewitz, Arbor Mist and many more. Constellation’s beer brands include Corona, Modelo Especial and more. Spirit brands include Black Velvet Canadian Whiskey, Svedka Vodka and more. So farmer Tom Gore is playing in the big leagues, and good for him; there is surely a place for this backstory in the wine world.

Tom Gore Vineyards Cabernet Sauvignon 2014 is a solid soldier in its red wine category and price point. With Constellation, there is the marketing muscle and distribution power to deliver continued success. The website’s explanation:

As Tom puts it, “Much like a chef needs outstanding ingredients to let a dish shine, a winemaker needs high-quality grapes to make a very good wine.” Tom sees his wines as time capsules, or expressions of the growing season, and is most proud of explaining what he does as a farmer—connecting people to the earth and telling the story of where the wine comes from. The work of a farmer.

That is a winning formula, may Tom Gore Vineyards successfully pursue it. So far, so good. $13 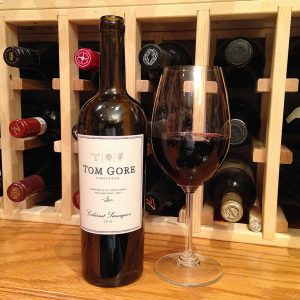 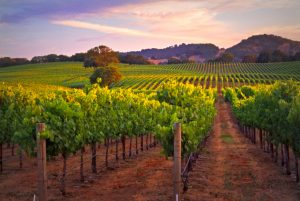