Dark, inky garnet color; blackcurrant, dark cherry, raspberry, menthol nose; black cherry, raspberry, blueberry, plum, spice, chip of chocolate on the palate; silky, lush in the mouth, medium tannins, nice acidity, full bodied, long finish. Somewhat awkward at first, but opens up with air and lives up to its 90-plus ratings by Wine Spectator, Parker, MacLean, and Raynolds; it is not a pop-and-pour.

Two Hands is a quality maker in the Barossa Valley and McLaren Vale, Australian wine regions near the South Australia city of Adelaide (Barossa is to the northeast, McLaren to the south) with a wine tradition dating to the 1830s. While the region is better known for shiraz, its Mediterranean climate also is well suited for cab; signature McLaren Vale cab elements include dark plums, blackcurrant, and chocolate, which this Two Hands effort displays. The valley (vale) is named either for John McLaren, manager of the South Australia Company, or surveyor John McLaren, who surveyed the area in the late 1830s; the two McLarens were not related. $30 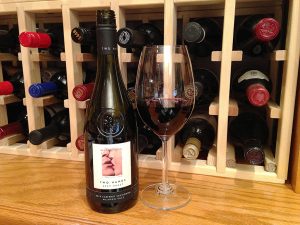 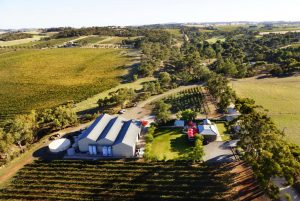