big fruit, dense in the mouth, savory, focused, easy tannins, nice acidity. This is muscular pinot, well made from outstanding grower/winemaker. It is not an etherial, finesse pinot by any measure—Russian River Valley big boy all the way. Touch of rustic, mostly big fruit, great flavor.

Ulises Valdez is part of the inspiring Mexican winemaker/grower story in Carneros, where several Mexican-American families seized the American dream and ran to success. Ulises came to the U.S. in 1985 at age 16 to join his older brother as a field worker in the vineyards. He lied about his age to get hired, rode a bicycle to work, got amnesty in 1986 and citizenship in 1996. A smart, talented worker, he became a partner in the Florence Vineyard Management Company in 2003, then bought out Jack Florence Jr.’s stake. Today, his company manages vineyards of such major producers as Paul Hobbs, Kent Rosenblum, Jayson Pahlmeyer, and Mark Aubert. Valdez and Sons Vineyard Mangement farms more than 1,000 acres in the heart of some of America’s premier wine country.

The Valdez family owns two vineyards and 150 acres of land: the Ulises Valdez Vineyard near Sebastopol in the Sonoma Coast appellation and the Lancel Creek Vineyard in the Russian River Valley, where the grapes for this effort came. He began bottling under the Ulises Valdez label in 2004 and opened his own winery in 2010; the tasting room is in Healdsburg. As stated on the company’s website: “Through hard work and dedication the Valdez Family continues to live the American dream.” Indeed. They are an inspiring reminder that immigrants are among our country’s greatest assets. $60 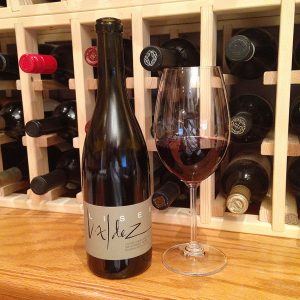 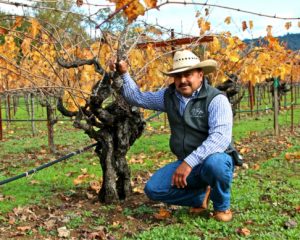