Unctuous on the palate, as you would expect from albariño, the grape used to make vinho verde in Portugal and white wine in Rias Baixas in Spain. Some intriguing tartness and citrus grab on the finish. Albariño is a famous wine you may not have heard of or tasted; in Spain it is considered their chardonnay and in Portugal it a grape used to make vinho verde (although not the only grape; vinho verde is a style, not a varietal wine).

Also as expected with albariño, there is freshness and nice acidity (3.4 pH), plenty of aromatics (vivid albariño aromas come from thiol compounds most often found in lighter white wines from cooler climate regions; you can also gets whiffs from New Zealand sauv blancs and pinot grigio from northern Italy).

This is fairly complex wine that evolves with air and should be appreciated slowly, unlike vinho verde made with same grape (vinho verde is a “pour it cold and slurp away” wine, particularly with its typically low alcohol; this wine—in contrast—is 13.5% alcohol).

Viña Las Perdices is a family winery created by Juan Muñoz Lópes, his wife Rosario, their sons Nicolas and Carlos, and daughter Estela. Juan left his hometown of Andalucia in southern Spain in 1952 and moved the family to Mendoza, Argentina, to create a New World winery that matched their vision. Juan quickly noticed the large number of partridges roaming his new vineyard in the foothills of the Andes and thus named the winery “Las Perdices”—The Partridges.

Viña Las Perdices Albariño Reserva 2012 is nifty example of albariño, a white wine well worth you giving a taste. With its tartness and nice acidity, works well with a variety of foods. $19 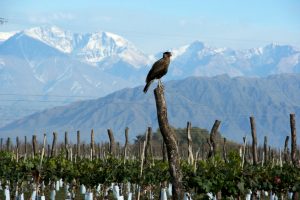 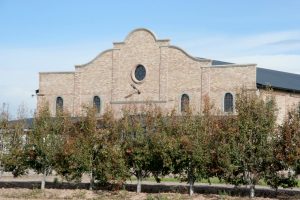