This is made off-dry and works best as an apéritif, also could pair with cheese. The honey frames the fruits and bright acidity adroitly prevents this from becoming cloying. Medium body, soft, delicious, fresh, easy drinker. BTW, the name “Premières Grives” means first thrushes—small, fruit and ground-feeding birds—that arrive to enjoy their share of the grape harvest.

The wine is made with gros manseng, a white grape from the Jurançon region in southwest France near the foothills of the Pyrenees. While long a staple of sweet wines, the grape now is used to make drier versions, such as this bottle. While there is sweetness, the grapes are picked before full ripeness to tap down sugar and achieve a nice acidity (acidity is another characteristic of gros manseng).

The Tariquet wine operation has a fascinating backstory. Monsieur Artaud lived in the region which was a natural habitat for bears, thus his trade as a bear tamer. With two of his tame bears in tow, Artaud toured the world, finally settling in the United States. In 1912, he returned to France, fell in love with Tariquet, and wanted to buy land but did not have the funds. He turned to his son, Jean-Pierre Artaud, who had stayed in New York and married Pauline, also a French immigrant. Together, father and son purchased the Domaine du Tariquet vineyard at a good price because it had been ravaged by phylloxera.

The plot thickens. The son Jean Pierre was a patriot and returned to France in 1914 to fight for his country in World War I. He received a bayonet wound so horrific he lost all memory and remained an amnesiac until 1922. When he recovered, he returned to New York where Pauline had been waiting, meeting every boat, convinced her beloved was not among the millions killed. The couple decided to return to France and join in the family vineyard business. Shortly thereafter, they were blessed with a daughter, Hélène.

Pierre Grassa was born in France to Spanish parents from just across the Pyrenees. Pierre worked as a cowherd and manual laborer, then as a solider, then as a hairdresser until 1939 and World War II. He was captured by the Germans, then escaped to join the Resistance in southwest France, where he met Hélène and they fell in love and married, bringing new life to Domaine du Tariquet and producing four children; Maïté and Yves chose to remain on the property, which primarily produced brandy. In 1982, they began producing quality white wines, a pioneering step in the region. Domaine du Tariquet Premières Grives Côtes de Gascone reflects that new direction. Today, two of Yves’ sons are the winemakers, continuing the amazing family story. 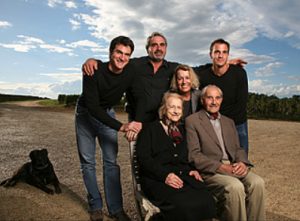 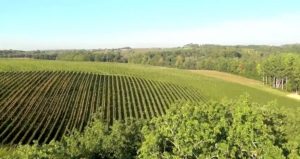 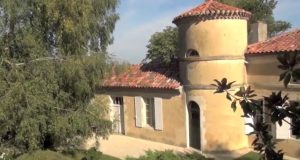