Earthy, rich, mouth-filling tannin, creamy in the mid-palate. Malbec is native to France and Cahors (in southwest France) is the major production area. Cahors malbec is significantly different from Argentina malbec. Less jam, less oak, some tannic pucker and acidity on the powerful finish. This is reserve wine, the 2011 date is recent release, not something I put down a few years ago. Intensity and concentration from old vines, very approachable now with plenty of drinking pleasure.

This wine comes from a 30-acre property in the village of Prayssac and is one of three estate owned by the Pelvillain family. Pelvillain makes eight wines, most of them 100% malbec (as is this effort). Pelvillain malbec roots run deep. The focus on subtle terroir variations among the properties; the maternal side of the family was among the few families to continue to make malbec during the phylloxera crisis in the 1800s.

Claude Pelvillain purchased his first Cahors property in 1973 and then added to his portfolio. Clause retired in 1993 and his three sons—Arnaud, Didier, and Francis—carried on. Didier began making wine at Domaine du Théron in 2011, so this bottle is the first Pelvillain effort from the property. The Pelvillains purchased the property in 2013 because of the traces of volcanic soil in the vineyard, a rare element in Cahors, which gives this wine a distinctive Old World minerality, “gunflint” in wine terms and a mark of quality.

Domaine du Théron Cuvée Prestige Malbec will take you to palate places you have not explored before. More powerful and assertive, more distinctive than Argentine efforts. Argentina makes 75% of the world’s malbecs now and they are wonderful in their own rights. Domaine du Théron Cuvée Prestige Malbec shows you what can happen in malbec’s roots in the Old World. $18-25 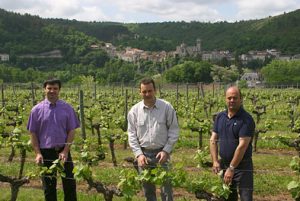 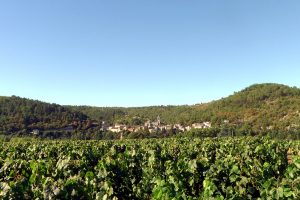