Franciscan began in 1972 when wine industry leaders Justin Meyer (founder of Silver Oak) and Raymond Duncan planted the Oakville Estate; the men purchased the property in 1975 and built the winery. Famed in the beginning for reds, including the meritage pour Magnificat in 1985, Franciscan began national distribution of this sauvignon blanc in 2007.

Today, Franciscan is part of the Constellation Brands mega wine company. The wine is made in the Oakville winery located in Franciscan’s Oakville Estate. The winery and vineyards are in the heart of Napa—across the road from Opus One, adjacent to Silver Oak, just west of Screaming Eagle, across Hwy 29 from Robert Mondavi and Far Niente. The winery earned Napa Green Certification in 2009; the focus remains honoring the land. Original owner Agustin Huneeus Sr. famously said: “you don’t have brands in our business, you have properties.”

Janet Myers is the director of winemaking after following a non-traditional path. She gave up her pursuit of a doctorate in biological anthropology to move to London to work in the restaurant industry, where she lived above a wine shop and reveled in sampling the wares. “When I realized that this was an industry that combined science and agriculture—which is my family’s background—I enrolled at UC Davis and haven’t looked back,” Myers says. She earned a masters degree in enology and began a career at Robert Mondavi, followed by Santa Cristina Estate in Chianti, work in Australia, Beaulieu Vineyards, Stag’s Leap Wine Cellars, and Louis Martini. She came to Franciscan in 2003 and became director in 2005. Jay Turnipseed (what a great name) and Marla Carroll are key players on her team.

Franciscan Estate Sauvignon Blanc Napa Valley 2015 is light, crisp, more fruity than a New Zealand sauv blanc and certainly lacks the green vegetable notes. This is more in the French Pouilly Fumé or Sancerre style, although I think it a safe bet Myers and her team would assert it is its own, richer Napa style. There is a touch of blandness, so those who enjoy vivid flavors may be disappointed, but if you want a simple, food-friendly pour for summer or any lighter meal, this is nice way to go. $18 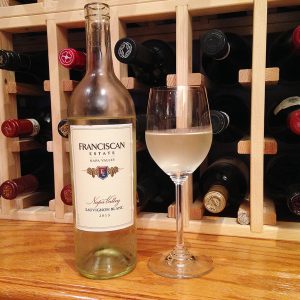 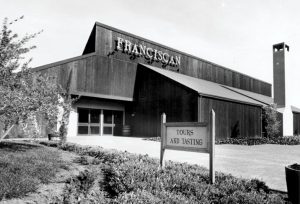 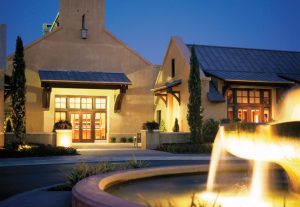