Medium-full body, tart and crisp but not as sharp as many sauv blancs; dry with assertive fruitiness. Mostly sauv blanc, but 9% semillion adds the honey element, traces of oiliness and smooth mouthfeel. Pear and vanilla appear on the finish of this nicely elegant alternative to New Zealand sauv blancs. While New Zealand efforts are dialed in to complement food, this smoother, lush, round effort can be enjoyed as a solo sipper. Seventy percent of the juice is fermented in stainless steel while 30% spent six weeks in new French oak. Nice layers and waves of flavors

Whitehall is a small, family-owned operation in the Rutherford appellation in the Napa Valley. The winery may be relatively small—about 140 acres—but is building a large reputation. Wine Spectator has honored them three times in the past five years for making wines rated in the top five in the world.

The winery was founded in 1979, but grape cultivation in the area dates back to the Gold Rush days of the mid-1800s. A barn built in the early 1900s is still in use to store equipment. Two brothers started the winery and named it after Whitehall Lane, a road that is the south border of the property. In 1993, the Leonardini Family of San Francisco purchased the estate and updated the infrastructure. The family also expanded their holdings, including the 25-acre Oak Glen Vineyard for the production of sauvignon blanc grapes.

The Leonardinis are active owners. Tom Sr. runs the operation; his son, Tom Jr., is in charge of national and international distribution; middle-child Katie is in charge of operations; and eldest sibling Kristen works with Katie in public relations and hospitality. 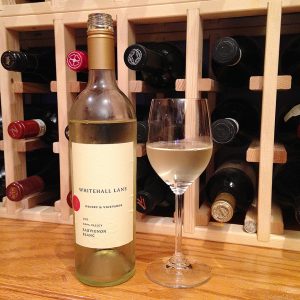 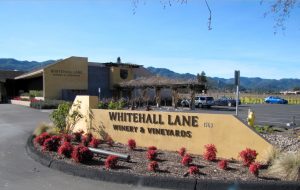