Medium-full body, mouth-filling, velvety texture; dry (8.0 g/L), on the border of off-dry; dash of spice and minerality, balancing acidity; taste of honey on the finish. Fresh and crisp.

The Alsacian estate dates back to 1836; fast forward to 2012, and it is certified Organic Agriculture by Ecocert. Yes, you can teach on old winery new tricks, although it is much more likely this winery merely returned to the old tricks. In any event, bravo. The grapes for this bottle come from various hillside vineyards around village of Bergheim, mostly heavy clay, limestone soils. Fermented in stainless steel, racked twice. It sits in tanks for six months and has aging potential up to eight years.

Alsace has winemaking history dating to Roman times. The region is mix of Roman, German, and French influences. It has been a frontier in multiple wars, further mixing and German and French cultures. It is French now since Germany lost both of the 20th century’s world wars. The region gained French designation as an Appellation d’Origine Contrôlées in 1962, Alsace Grand Cru in 1975, and Crémant d’Alsace in 1976. 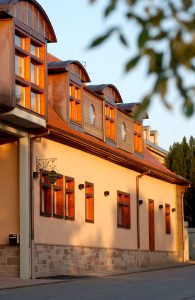 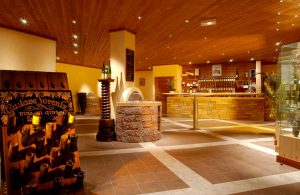