easy going tannin, good acidity, fresh. This is made from bobal grape from 60-year-old vines; bobal is the second-most planted red grape in Spain. “Bovale” comes from the Latin word for the shape of the bobal grape bunch, which is similar to a bull’s head. Bobal makes some the darkest wine in the world because it has one of the highest levels of anthocyanin (water-soluble vacuolar color pigments). Bobal traditionally has been backbone of cheap table wines in Spain in the past, but deeply respected makers such as Isaac Fernandez have focused attention on getting the most out of full-flavored, old vines to allow bobal to prove it can run with the big dogs. Bovale is serious example. Bovale also is serious example of how Spanish wines are super values, often drinking as well as wines twice the price from elsewhere. Utiel-Requena is a Spanish wine region and DO (Denominación de Origen) in the province of Valencia; it takes its name from neighboring towns of Utiel and Requena and is famous for bobal grapes. The climate is hot and dry in the summer, followed by cold with hailstones in winter. Well-adapted grapes survive; the vines that produced this juice are more than 60 years old. The nearby Mediterranean—as close as 45 miles to the east—also influences this rugged region of dark soils with high lime content. Bovale is well worth a taste, joining a parade of other Spanish value winners. $15
Second photo: Isaac Fernandez 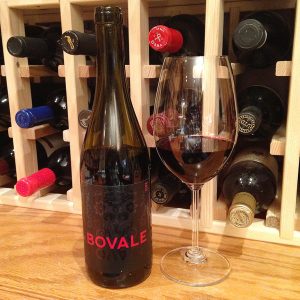 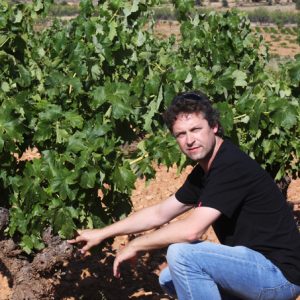