Prosecco is a sparkling wine made in northeastern Italy; the glera grape is the only or the main grape, glera being a native variety with origins in the village of Prosecco, near Trieste and the Adriatic Sea. Historical references to the wine date back to 1772. The Prosecco DOC (Certification of Controlled Origin) was established in 2009, creating strict standards of quality and production; it includes nine provinces and two regions in northeastern Italy. The region is north of Venice; Trieste is the easternmost notable city.

The Ruffino story begins in the Tuscan town of Pontassieve, near Florence, and a small winery established by cousins Ilario and Leopoldo Ruffino in 1877; by the 1880s, they were winning awards; by the 1960s Ruffino sold wines in more than 100 countries. Primarily known for their reds, particularly chiantis and super Tuscans, Ruffino recently moved into sparklings—making Moscato d’Asti in northwestern Italy’s Piedmont region and Prosecco in Italy’s northeastern most Veneto region. They brought their attention to detail and focus on quality grapes to their sparklings, also a dedication for allowing the land and grapes to speak with minimal intervention in both the growing and winemaking.

This is delightful, classic prosecco that works well as an apéritif; it pairs with fish, shellfish, white meats, and pizza. $13-14 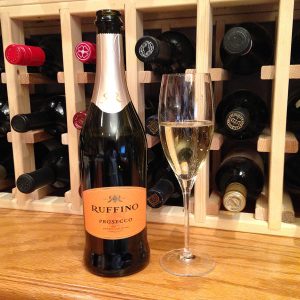 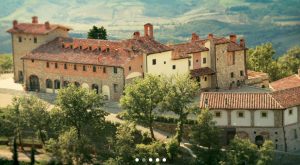