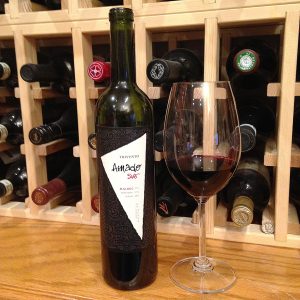 Trivento—Spanish for “Three Winds”—is an effort in Argentina by Chile’s leading winemaker, Concha y Toro. Beginning in the mid-1990s, Concha y Toro acquired more than 3,100 acres in Mendoza; the Trivento name reflects the three winds that sweep through Mendoza and are a significant element in the region’s climate and environment. A state-of-the-art winery was built and winemaking was entrusted to Argentinian winemaker Federico Galdeano, a native of Mendoza, a graduate of Chile’s respected Catholic University in Santiago, and bringer of experience earned by working in high-profile wineries in Tuscany and Napa Valley.

Trivento makes a range of higher-end wine. Amado Sur is the brand’s quality-for-price play made with grapes from lower elevations that develop a unique complexity described as “love of the South”—which is the English translation of “amado sur.”

Trivento Amado Sur Malbec-Bonarda-Syrah 2014 delivers solid value and levels of sophisticated tastes, especially after decanting. The blend of malbec, bonarda (Argentina’s #2 red grape), and Rhône varietal syrah is an intriguing and satisfying panoply of juice. Given its Concha y Toro base, it should be widely available. $13-15 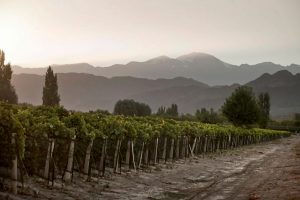