Wine has been regarded as a miraculous gift from divinities since time out of memory. 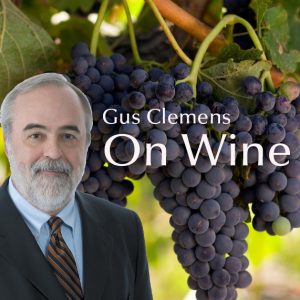 In ancient ages, pleasures of wine were both spiritual and sensory. Wine was a gift from gods—whether Jewish or Greek or Romans or Christians or Egyptian or Transcaucasian, or anywhere wine was part of life.

Wine was a mysterious, divine liquid. Ripe fruit magically transformed itself. There was some heat, then vapors that could make you light headed (CO2), then came liquid that could elevate spirits and connect you to whatever your culture identified as heaven.

Beer, made from grains at about the same time, never earned the reverence given to wine. Beer had to be made by human beings who mashed grains and goaded it along. Wine happened. God could make wine from fruit lying on the ground. Humans could help things along, but they were not necessary for the magic.

Same time, wine was ephemeral. It was fruit, then wine, then vinegar. There was an arch from sweet juice to sour tasting stuff that could have some uses, but no longer was something you drank for worship or pleasure.

Wine we drink today is nothing like the wine that enchanted our ancestors thousands of years ago. Neither was water. Quite often wine was mixed with water to make the water less foul and more healthy. Over the next thousands of years, grapes were perfected, wine barrels replaced pig stomachs and goat skins for storing wines, bottles and corks were invented, Louis Pasteur figured out what made wine go sour, and many other advances.

The result today is the golden age of wine—wine better than ever in its 8,000-plus history, quality wine more available ever before, a gift from God or the gods or however you parse reality.

Last round: Wine. What I drink to make you more interesting.