On the sweeter side of “extra dry” bell curve (it still is dry, just not as dry as brut) both for the vivid fruitiness and the traces of residual sugar. Nice acidity balances the whiff of sweetness. Refreshing tartness on the finish. Fresh, no oak, good perlage (the column of bubbles that rise in the glass), fun, easy drinker. Virtually all Prosecco wines are wonderful as aperitifs and will go with light fish, shell fish, salad, fruits, and light cheese.

By rule, Prosecco is made in the Veneto and Friuli regions of northeastern Italy, primarily with glera grape (must be at minimum 85% of the wine). This is made in the Treviso area using the traditional Charmat method. As an E.&J. Gallo brand, it is widely available and well priced.

Fabrizio Gatto is the consulting winemaker at La Marca and one of the stars of Italian winemaking. At age 14, he was accepted into the viticultural program at Scuola Enologica de Conegliano (Conegliano Veneto School of Enology) near Venice and in the heart of the province of Treviso where La Marca sources the grapes for its Prosecco. The school is Italy’s foremost wine school—at least for northern Italy—and a major wine research station. He worked and studied in California after that, then studied at the University of Milan, and later accepted a rare scholarship for work-study in the Rhône Valley of France. He has been head winemaker for Ecco Domani (also a Gallo brand) since its founding in 1995. He is the consulting winemaker for La Marca and leads its introduction into the American market.

Gallo is family owned; 14 family members spanning four generations actively work in the business. Gallo’s Modesto, California facility is the largest winery in the world; they also own 14 other wineries in California and Washington, plus overseas efforts such as La Marca.

The Gallos also are responsible land owners. Beginning with the founding of the company by Ernest and Julio Gallo in the 1930s, the company has set aside one acre of property to protect and enhance wildlife habitat for every acre they plant in vines. Gallo was the first U.S. winery to receive the International Standards Organization ISO 14001 certification, a recognition of its efforts to reduce impact on the environment. They also minimize use of synthetic chemicals, fertilizers, and pesticide, recycle and re-use water, and work to create new wetlands and preserve existing riparian habitats. They bring the same commitment to their holdings around the world.

La Marca Prosecco DOC NV is well made and will please a range of palates with its balance of fruitiness, hint of sweetness, and brisk acidity. $13-14 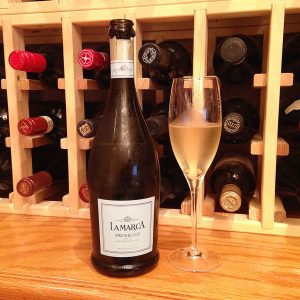 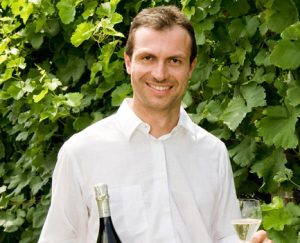