British international newspaper owner Peter Newton broadened business interests of his company by purchasing land near Calistoga in Napa Valley in 1964 and establishing Sterling Vineyards. In quick succession, he purchased more land and, in addition to cabernet sauvignon, planted merlot (virtually unknown in Napa then), chardonnay, and sauvignon blanc.

Bottling began in 1969, including California’s first vintage-dated merlot. In 1971, Martin Waterfield—an officer in Newton’s company—designed a Mediterranean-style, white stucco winery complex inspired by structures on the Greek island of Mykonos, where Newton once lived. Today, the complex is one of the most-visited in Napa.

The Newton family sold the winery and vineyards to Coca Cola in 1977. In 1982, Coke sold the operation to Joseph E. Seagram and Sons when Coke’s wine adventure fizzled out. Sterling quickly became the crown jewel of Seagram’s wine efforts. Between 1982 and 2000, Sterling’s yearly sales jumped from less than 60,000 cases to 400,000. Even better, wine quality steadily improved.

In 2001, Diageo—a United Kingdom drinks conglomerate—purchased Seagram and mixed Sterling into its existing wine business. In 2015, Diageo sold most of its wine business to Treasury Wine Estates, an Australian-based global winemaking and distribution operation that traces its roots to Penfolds Wine and Foster’s Group beer brewers (Treasury had spun off its beer business four years before the Diageo wine acquisition).

Treasury is a major international player in the wine world, making wine in 12 countries, selling more than 35 million cases of wine a year, and generating sales of more than $2 billion. Labels you may recognize beyond Sterling include Stag’s Leap, Beaulieu Vineyard, Beringer, Chateau St. Jean, Greg Norman Estates, Lindemans, Wolf Blass, and their flagship—Penfolds. That represents lots of changes and marketing directions for Sterling. Treasury tends to focus on commodity wines sold in supermarkets and mass-market liquor-beer-wine stores, which is where Sterling largely resides today, certainly with this effort.

Sterling Vineyards Vintner’s Collection Cabernet Sauvignon 2014 is simple, straightforward California cab with enough fruity sweetness and oak to pleasure palates of those who swig that way, but not so much as to offend those who enjoy more sophistication and structure. At its price point and wide availability, this is an easy quaffing winner. $12-16 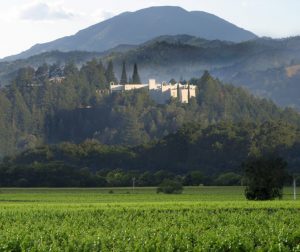 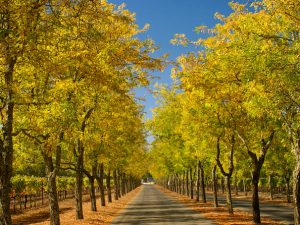