Last week’s advice for Christmas was restraint—don’t go with high-dollar wine that will not be appreciated amid Christmas chaos and celebration.
New Year’s is different. END_OF_DOCUMENT_TOKEN_TO_BE_REPLACED

With Christmas two days hence, the good news is selecting wine for your family’s joyous holiday feast is not daunting task even at this late date. END_OF_DOCUMENT_TOKEN_TO_BE_REPLACED

Nobilo’s story begins in 1936 as war clouds gathered and Nikola Nobilo immigrated from Croatia to New Zealand. In 1943, Nikola planted his first vines, drawing on more than three centuries of family wine making experience. Nikola was early advocate for premium varietals, pushing New Zealand wine makers to compete with the world. He also fought New Zealand’s bizarre booze laws that prohibited wine being served with meals in restaurants (the United States does not have a monopoly on idiocy when it comes to alcohol-related law).

In the 1970s, Nikola pushed New Zealand into focusing on sauvignon blanc and pinor noir and played a leadership role in developing Marlborough as a wine region. For his efforts, Nikola was awarded the Order of the British Empire in 1994.

David Edmonds maintains Nikola’s tradition today, using grapes from Marlborough, Hawkes Bay, Gisborne and other regions. Mega-wine company Constellation Brands owns Nibolo now, but regular readers know of my admiration of Constellation’s penchant for allowing acquisitions to continue to do what made them attractive to acquire in the first place. Very nice wine at remarkable price for pinot. $23 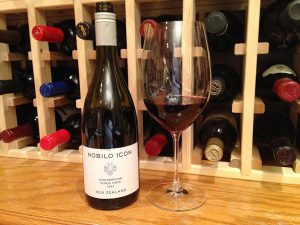 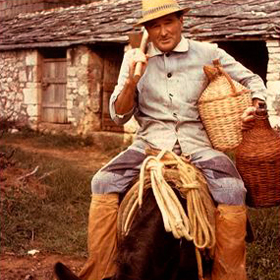